How do you report a parent-subsidiary relationship? - American LEI
Important notice: from 13th April 2021 LEI is mandatory for non-EU (third country) issuers under SFTR regulation
info@americanlei.com
Continue your application for [company_name]
Continue

Apply for LEI
To get started, please type in the company name and select company from the list

How do you report a parent-subsidiary relationship? 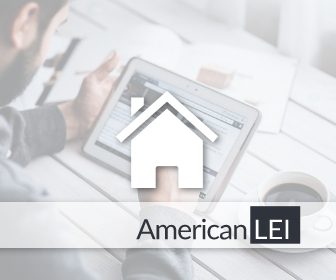 How do you report a parent-subsidiary relationship?

Since 1 May 2017 entities have been required to disclose direct and ultimate parent company relationships when they apply for a Legal Entity Identifier (an LEI) or when they renew their existing LEI code. Any entity applying for, or renewing, an LEI is required to disclose certain information regarding their parent companies to the Local Operating Unit (LOU) – or to the agent company who will make an application to an LOU on behalf of the entity – when they make the application.

This is known as Level 2 reporting and, as previously stated, it is now mandatory. The LEI ROC has introduced these changes in order to increase transparency within the global financial market.

The public record which details parent-subsidiary relationships can be downloaded here.

What is the definition of “parent company” for the purposes of obtaining an LEI?

Globally, there are a number of different standards used by various jurisdictions to define particular accounting terms. The International Financial Reporting Standards (IFRS) definition for “consolidation” is the definition which has been adopted by the LEI ROC and is, therefore, the definition that applies when an entity is determining whether it needs to report its parent for the purposes of obtaining an LEI.

The IFRS defines consolidation as being the “financial statements of a group in which the assets, liabilities, equity, income, expenses, and cash flows of the parent and its subsidiaries are presented as those of a single economic entity”.

The IFRS defines a parent simply as “an entity that has one or more subsidiaries”. Subsidiaries are defined as entities (including unincorporated entities) that are “controlled by another entity”.

Control is defined as being “the power to govern the financial and operating policies of an entity so as to obtain benefits from its activities”. Control is often complex to determine, but it is usually safe to assume that control exists in circumstances where the parent possesses more than 50% of the voting rights within the other entity. If the parent possesses less than 50% of the voting rights, control may still exist if:

The IFRS definition of control is substantially different to the “supervisory control” definition which has been adopted by the United States in their Generally Accepted Accounting Principles (GAAP). You should carefully consider which accounting definitions your jurisdiction has adopted when determining whether you need to report your parent in your application for an LEI.

You can use this website here to confirm whether your country has adopted IFRS standards: http://www.ifrs.org/use-around-the-world/use-of-ifrs-standards-by-jurisdiction/#profiles.

What information do I need to provide about my parent when applying for (or renewing) an LEI?

The minimum metadata which the LOU will require regarding the parent company (or companies in circumstances where there is a direct parent and an ultimate parent) is its name, legal address, address of its headquarters, and business registry identification. If the parent company has an LEI, the subsidiary should disclose that information to the LOU or its agent when applying for, or renewing, an LEI.

Validation documentation, such as accounts filings, regulatory filings, or other publically available sources which can confirm the relationship are also required by the LOU.

Who should report who when applying for an LEI?

The onus is on the subsidiary company to report their parent company. That said, parent companies are able to report their subsidiaries, but it is not necessary for them to do so. Furthermore, the burden is placed on the entities who possess the LEI to ensure that the information provided to the LOU is correct and up to date. If the information attached to your LEI profile is not correct, you should immediately contact your agent or LEI issuer and make them aware of the inaccuracy.

Are there any circumstances which would make it acceptable for an entity to not report its parent?

There are a limited set of circumstances where subsidiaries are not required to report their parent companies. They are as follows:

The reasons that the entity cannot report its parent will be made public.

Previous Article
Regulatory Use of Legal Entity Identifiers. The LEI Regulatory Oversight Committee (LEI ROC)
Next Article
What are the MiFID II and EMIR and why do they matter?